The objective of the State centenary commemoration programme for the years from 2019 – 2023 is to ensure that this period in our history, including the Struggle for Independence, the Civil War, the Foundation of the State and Partition, is remembered appropriately and sensitively.
Kilkenny County Council Library service is proud to be associated with this initiative.
Our endeavours are supported by the Department of Tourism,  Culture, Arts, Gaeltacht, Sport and Media under the Decade of Centenaries 2012-2023 initiative.
Initially a selection of sites associated with this period have being photographed, this collection will be expanded over the coming months. 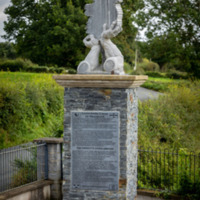 On the 18th June 1921, the Kilkenny IRA Brigade ambushed a party of Black and tans at Sinnott’s Cross, Tubrid, Mooncoin, County Kilkenny. One Black and Tan was killed in the action.
This Memorial commemorates this action 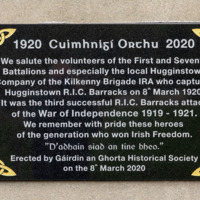 The Kilkenny IRA’s Brigade attack and capture the RIC Barracks in Hugginstown on the 8th March 1920. This plaque commemorates that event 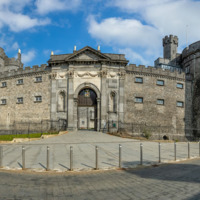 Scene of a short engagement after it was occupied by Anti-Treaty forces in May 1922. It was captured by Free state forces after a 12 siege. The Castle suffered minor damage mainly broken windows and internal damage 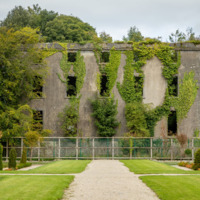 Woodstock House had been occupied by the Auxiliaries during the War of Independence and later in 1922 by Free State troops. In June 1922, they abandoned the House as fighting intensified nation-wide. On 2nd July 1922, the House was set on fire by… 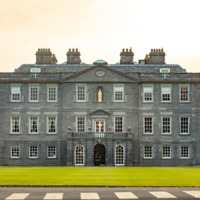 Bessborough House, now Kildaton College was the victim of an arson attack on March 1st 1923. The Bessborough Estate had being used by anti-Treaty forces prior to this. It was set on fire in an unauthorised action by Free State forces on March 1st. It… 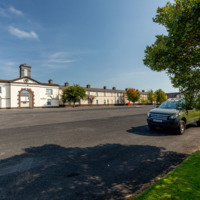 British soldiers withdrew from Kilkenny Military Barracks on the 7th February 1922. It was also the scene of a homicide and the execution of two Anti-Treaty volunteers in 1922. 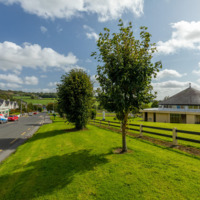 Site of ‘incidents with the Black and Tans in local public house in 1921, later in 1923 the site of a ‘small house burning’ by Free State soldiers 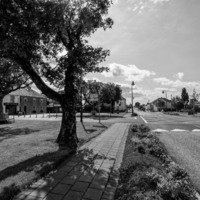 A group of Free state soldiers opened fire on Anti-Treaty IRA Volunteers in 1922 resulting in one death near Johnstown. 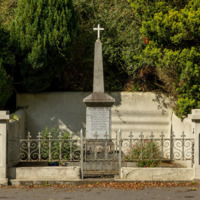 The Kilkenny Brigade attempted to ambush a military escort transporting explosives from the Castlecomer Barracks to the Wolfhill Coal-Mine on the 18th June 1921. However, their plans were betrayed to the Royal Devonshire Regiment. As a result, the… 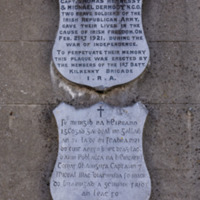 A company of 14 IRA Volunteers ambushed a convoy of 7 soldiers from the Royal Devonshire Regiment in Friary Street, on the 12 February 1921. resulting in the deaths of 2 of the attackers and a civilian.
View all 11 items